Which Patients Should Be Considered for an S-ICD?

The S-ICD is guideline recommended for patients at high risk of infection, inadequate venous access and any patient without a pacing indication – the majority of ICD-indicated patients.1

Clinical Data Supports S-ICD for a Broad Group of Patients

Both the PRAETORIAN and UNTOUCHED studies confirm S-ICD should be considered the first choice for all ICD-indicated patients without a pacing indication.

This investigator-sponsored trial demonstrated S-ICD had comparable performance to TV-ICD, despite including primarily older S-ICD devices and implant techniques. According to the PRAETORIAN study, S-ICD:

The UNTOUCHED study demonstrated patients with EMBLEM MRI S-ICD with SMART Pass had a 2.4% rate of inappropriate shocks at 1 year, which is as low or lower than TV-ICD devices.5,8,10-11

As S-ICD Technology Evolves, So Does the Clinical Data

Over 82,000+ S-ICD patients and counting have received protection from both sudden cardiac death and the risks and complications associated with transvenous leads. Early S-ICD trials typically had younger patients with less advanced heart disease and “niche” indications, including channelopathies, hypertrophic cardiomyopathy, congenital heart disease or previous ICD indication. However, both the PRAETORIAN and UNTOUCHED studies included older and sicker patients. In fact, UNTOUCHED included the most traditional cohort of patients (primary prevention, LVEF ≤ 35%) and showed the S-ICD has lower inappropriate shock (IAS) rates than TV-ICDs.

It’s important to consider patient comorbidities and other risk factors for complications when determining whether a TV-ICD is required or if a patient should be offered both S-ICD and TV-ICD when taking a shared decision-making approach to the treatment decision. 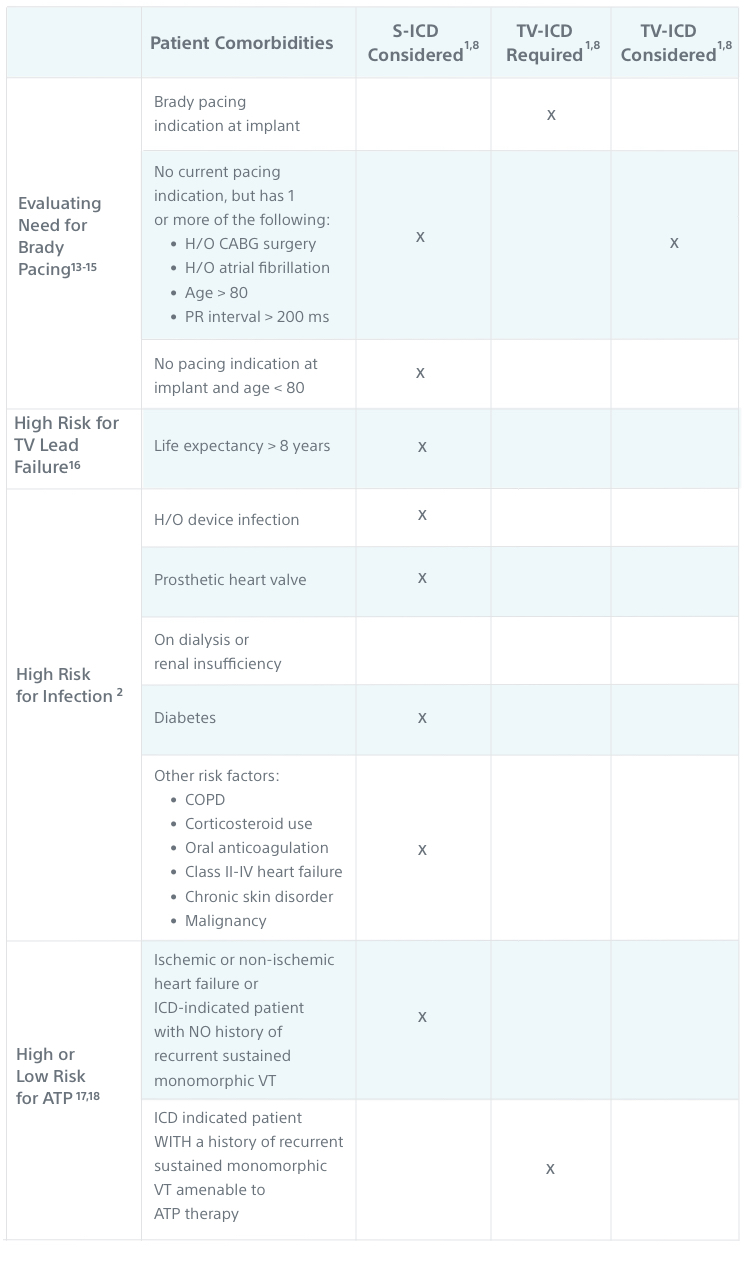 Watch the videos below to hear what two leading physicians have to say about patient selection and S-ICD.
See All Expert Videos

Discover the new changes made to the S-ICD Automated Screening Tool that increase efficiency and usability in S-ICD patient screening.