Be the First To Know. 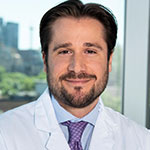 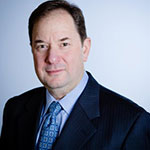 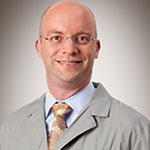 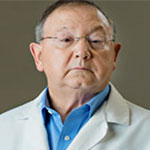 The sentiments expressed within this article are representative of the opinions and experiences of the respective physicians. Drs. Elterman, Fagelson, Cohen and Golio are Boston Scientific consultants and were compensated. Physician experience and patient responses can and do vary.

The UroLift System is an in-office, minimally invasive solution that involves the use of implants to hold open the obstructed pathway that’s blocking urine flow. Rezūm Therapy is an in-office, minimally invasive procedure that uses water vapor thermal therapy (steam) to shrink the prostate. Both procedures have long-term durability data up to five years.1,2

Dr. Elterman: Can you tell us about your initial experience with UroLift?

Dr. Cohen: When it first came out, it looked interesting, but I thought that putting something in somebody's urethra and letting it sit there would calcify. Some of my partners in the city started doing it, and they said they weren’t having that issue with their patients. So I started doing it. I did all of mine awake with valium, some Celebrex, Norco, and local anesthesia in the urethra, and they did fine during the procedure. Bleeding was minimal.
Dr. Golio: The initial draw of the UroLift System was that it was a fast procedure and a fast recovery time as opposed to more invasive solutions such as TUR (transurethral resection) or GreenLight™ Laser Therapy. I waited for a while until it was out and then sort of jumped on the bandwagon.

Dr. Elterman: What was your initial experience with Rezūm Therapy?

Dr. Fagelson: What drew me towards Rezūm Therapy was how easy it was to perform. From a patient welfare, bleeding, comfort-level standpoint, I felt like this procedure would be well tolerated. And, technically, it was easy. The patients did wonderfully well.
Dr. Golio: We're always looking for something that's minimally invasive and that has a rapid recovery. I tried a few at first and patients were coming back with very good results after a few weeks. They had no bleeding.* They may have had some minimal discomfort for a few days with the catheter, some initial mild dysuria, but they were doing well.
*NOTE: Hematuria and hematospermia are common short-term side effects of Rezūm Water Vapor Therapy.

Dr. Elterman: What are the drawbacks of the UroLift System?

Dr. Cohen: I did a fair number of UroLift procedures. I started seeing patients who were coming back with irritative symptoms and I saw a few clips that had to be cut out of the bladder. I looked back at my technique, and I felt like I must have been doing something wrong, I was maybe being too aggressive to clearly get the good de-apposition of the tissue. I've also done a couple TURs (transurethral resections) on patients who I originally treated with UroLift.
Dr. Golio: A lot of my patients had dysuria for up to four to six weeks. Some had prolonged bleeding. Some had pain. And a similar experience: they were coming back.
Dr. Rockove: There can be significant and not infrequent complications such as bleeding requiring ER visits or even operating room procedures, and erosion of clips into the bladder.

Dr. Elterman: What are the drawbacks of Rezūm Therapy?

Dr. Golio: The only issue for me is the catheterization. I do set expectations about frequency, urgency, a little dysuria, possibly some bleeding. I tell patients up front that they will have a catheter in for about four to five days.
Dr. Rockove: The necessary catheter and the short delay to improvement due to post-procedural inflammation. There are patients who develop sloughing tissue that has to be removed.* Usually something accomplished in the office.
*NOTE: Sloughing process may continue for a few months post-procedure depending on the rate of healing. Dr. Cohen: I think retrograde ejaculation and the initial irritative symptoms are the cons.*
*NOTE: In clinical trials, retrograde ejaculation occurred in <1% of subjects.3

Dr. Elterman: Is the mechanism of action an important differentiating factor between Rezūm Therapy and UroLift?

Dr. Rockove: When I talk to patients who want to hear about UroLift versus Rezūm Therapy, I tell them that, to me, the UroLift is like taking a fist and sticking it into a pillow. It can possibly get enveloped where the prostate grows around it and over it. With Rezūm there is actual volume shrinkage — and without the need for introducing permanent foreign bodies.
Dr. Fagelson: You want to address and attack the primary problem, growth of the prostate. The gold standard has always been the TURP and anything else that you do, should then be compared with TURP. In the TURP you are removing the tissue. From my standpoint, pushing tissue aside and having a foreign body in there like a clip just doesn't work.

Dr. Elterman: Why do you use Rezūm Therapy in your practice?

Dr. Cohen: The Rezūm Therapy procedure works well, seems to cause fewer side effects, compared to those typically seen with surgical therapies, costs less to patients than other MITs or surgical therapies and it's easy to do it right there in the office. If you would tell me that I can take care of a patient and only 4.4% of them might need surgery again, and 11.1%1 of them might need medications again, I don't see what else could be more convincing than that.
Dr. Golio: Positive patient outcomes – patients are coming back happy after Rezūm Therapy, they're doing very well. The other aspect is rapid recovery. Once the catheter comes out in a week, they're back to full activity.* I’ve done over 40 patients and I've had no major side effects, no retreatments. Patients are doing well.
*NOTE: Dependent on individual clinical situation and healing response. Dr. Fagelson: [For urologists not using Rezūm Therapy] I think once they see how easy it is, whether they've adopted UroLift or not, I think they'll start moving over to doing Rezūm Therapy. Also, my patients say, “I hated the catheter, but I'm so thankful I did this procedure.” If the expectations are set, I find my patients are willing to put up with the catheter for a few days, maybe a few weeks of some irritative symptoms. They're thrilled going forward.

Dr. Elterman: What are the cost differences?

Dr. Cohen: Rezūm Therapy is going to save patients money in the long run especially when you think about the medication savings over time, and it is the least expensive MIT for the healthcare system.
Dr. Rockove: Rezūm Therapy is more cost effective than other procedures. The cost of Alpha blockers and Finasteride is additive over time not to mention the risk of chronic medications. Rezūm Therapy is also less expensive than UroLift.

The urologists in the roundtable discussion acknowledge the popularity of UroLift; however, they express concerns about durability. Despite some drawbacks, such as the temporary need for a catheter and potential ejaculatory dysfunction, they have found that Rezūm Therapy improves BPH symptoms and quality of life for patients, and it has the lowest five-year retreatment rate of BPH MITs.1 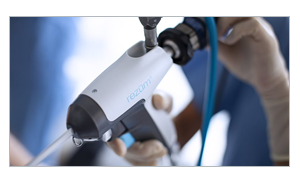 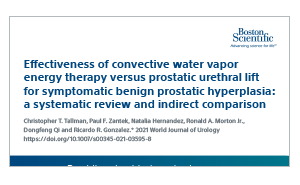 See the difference: how does WAVE compare to PUL?

Download a copy of this summary
Indications, safety and warnings

Potential risks associated with Rezūm Water Vapor Therapy include but are not limited to dysuria, hematuria, hematospermia, decrease in ejaculatory volume, suspected urinary tract infection (UTI), urinary frequency, and retention or urgency. Refer to the Instructions for Use for a complete list of risks.