The Science of Steam: Treating BPH Safely, Efficiently and Effectively

Be The First To Know.

Clinical studies support that Rezūm™ Water Vapor Therapy is an efficient, safe, office-based treatment for benign prostatic hyperplasia (BPH).1 Unlike other minimally invasive therapies (MITs) using conductive-directed energy transfer, Rezūm Therapy provides a convection-directed, uniform distribution of heat in the form of water vapor (steam) that results in instantaneous cell death but doesn’t char tissue or damage surrounding structures.2 Rezūm Therapy can be customized to treat the unique anatomy of each prostate and is the only MIT recommended by the American Urological Association (AUA) for treatment of obstructing middle lobes.3 Rezūm Therapy uses steam injections to reduce prostate gland volume. Longer term trial analyses have demonstrated significant symptom improvement that is sustained at five years with a low surgical retreatment rate of 4.4%.4 This compares to a surgical retreatment rate of 13.6% at five years for UroLift™ Prostatic Urethral Lift System, an implantable MIT.*5 In addition, study results show no de novo erectile dysfunction (ED) reported at four years for Rezūm Therapy.6 Both Rezūm Therapy and UroLift have demonstrated preservation of sexual function.4-7

The Rezūm delivery device, which includes an inductive coil in the handle and a retractable needle with 12 circumferentially placed emitter holes, is inserted into the urethra. Radiofrequency (RF) energy is applied to an inductive coil, which heats 0.5 ml water that is flushed into the system. The retractable needle is positioned in the transition zone, and steam is released into the target area in increments of 9 seconds.8,9 The goal is to create contiguous lesions via convective energy that are parallel to the slope of the urethra.10

Why should steam be the preferred treatment?

In the Rezūm Therapy procedure, steam delivers convective energy. RF energy is applied to water, and the water “carries energy” until it phase-shifts into steam. When the steam is delivered to the tissue, it condenses back into water delivering the stored energy convectively. This is an efficient and uniform way to transfer therapeutic energy inside the body because the vapor is convectively dispersed through the interstitial space in the prostate tissue, and the energy is delivered in a matter of seconds rather than minutes.2

Steam, which is delivered to the prostate at a temperature of about 103°C, does not penetrate tissue. Instead, steam travels through cell interstices until it meets a boundary, such as a cell membrane (see animation). On reaching the cell membrane, steam condenses to water releasing the stored energy, bringing the tissue temperature to 70°C-80°C, which leads to immediate cell death. Due to the convective nature of steam, the transfer of energy is uniform, which enhances the predictability of the procedure.8,9 Upon cell death, the body’s natural processes come into play. Inflammation occurs and the body’s inflammatory system sends out scavengers to the area of edema in the prostate.11 The body resorbs the necrotic tissue over time and the prostate volume is reduced.12 Rezūm ablates tissue, like common surgical procedures, leading to a reduction in overall prostate size.

The number of injections needed to complete a Rezūm procedure depends on the length of the prostatic urethra and configuration of obstructing prostatic tissue.10 Hence, the Rezūm Therapy procedure may be specifically performed for each patient’s anatomical requirements. Each vapor injection treats 1.5 cm-2.0 cm of tissue.6 On average, 4.7 injections were used to treat men enrolled in the initial Rezūm Therapy clinical trial with an additional 1.6 injections if the treatment of a middle lobe was included.6 As a result, the total steam injection time is short, lasting only about 3-4 minutes, in my experience. (See video for more details.)

In contrast to the Rezum procedure, the UroLift procedure involves an implantable device that pins back prostatic tissue from obstructing the urethra. While Rezūm Therapy removes the prostate tissue, UroLift pulls some of it back leaving an implant as the prostate continues to grow. This could possibly increase the need for patients to seek surgical retreatment. According to the UroLift pivotal trial, 13.6% of patients required surgical retreatment for BPH at five years.5

The Rezūm Therapy pivotal trial enrolled men with an International Prostate Symptom Score (IPSS) >13, prostate size of 30 cc-80 cc, and a maximum flow rate (Qmax) of <15 ml/sec. Participants were randomized to either Rezūm Therapy (n=136 randomized) or a sham procedure (n=61). The groups were well-matched, with average baseline scores of ~22, prostate size of 45 cc, and Qmax of 10 ml/sec. At three months, patients treated with Rezūm Therapy had an average IPSS reduction of 50% versus 20% for control, with Qmax improving 67% versus 3.8% for control.1

Five-year follow-up data from the Rezūm II pivotal study, released during AUA 2020 Live, showed the durability of Rezūm Therapy. At five years, IPSS and IPSS-QoL improved 48% and 46%, respectively, from baseline and Qmax improved 49%. Surgical retreatment was low at 4.4%, and 11.1% of Rezūm patients initiated medical therapy.4 Comparatively, at five years, patients enrolled in the UroLift pivotal study had IPSS, IPSS-QoL, and Qmax improvements of 36%, 50%, and 44%. The five-year retreatment rate for UroLift was 24.3% (13.6% surgical retreatment and 10.7% medical therapy).5 The UroLift pivotal study excluded patients with obstructing middle lobes.

The prostate gland consists of several planar areas, which prevent the steam from traveling to nearby structures, such as the internal sphincter. Since steam treatment is naturally bound by the pseudo-capsule, it prevents harmful levels of heat energy outside the intended treatment areas.12 In this way, steam is a safe energy transfer MIT because of its convective thermal energy. When injected in the transition zone, steam will remain in the transition zone. When injected in a middle lobe, steam will remain in the middle lobe.

Other energy-transfer MITs, such as the microwave therapy, have conductive properties. With conductive energy treatments typically, RF energy heats an electrode that has been inserted in the urethra, and energy is transferred cell by cell.17 In MITs using conductive energy, tissue nearest the electrode receives the most energy (heat) transfer, with cells farther away receiving substantially less heat transfer. The lack of uniform energy distribution can lead to charring near the electrode, as higher temperatures are typically used to reach cells farther away from the electrode.17 In other words, a conductive-based MIT has less efficiency and less predictability than convection-based Rezūm. In addition, conductive energy transfer introduces the risk of damage to nearby structures.2

The most common adverse events (AEs) associated with Rezūm Therapy are mild to moderate and transient, resolving within a few weeks. These include dysuria, frequency and urgency, hematuria, acute urinary retention, hematospermia, and urinary tract infection. In the Rezūm randomized controlled trial, there were no reports of new related cases of ED.1 At 4 years (latest data available), there were no late AEs or de novo ED.6

Clinical studies support that Rezūm Therapy relieves BPH symptoms safely and effectively. The prostate anatomical boundaries allow the steam to remain within the transition zone or other targeted area. Steam is efficient, needing only 9 seconds per injection and resulting in immediate cell death. After the immune system scavenges the area of dead cells, the prostate gland volume shrinks. Unlike an implantable MIT, steam injection does not leave a foreign body, which could lead to the encrustation or removal of the implant.5 Rezūm Therapy demonstrated significant improvement in IPSS, Qmax and QoL compared to baseline. These improvements have been sustained through five-year follow-up, with a surgical retreatment rate of only 4.4%.4 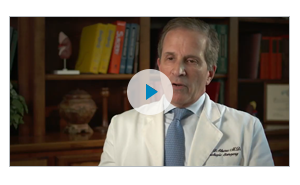