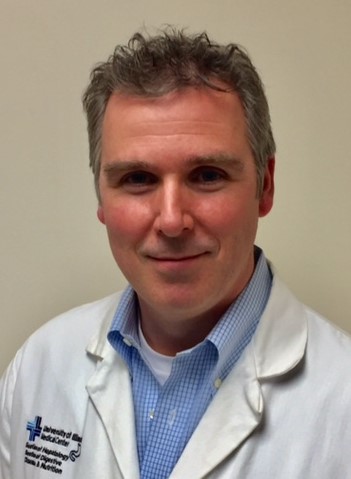 The patient then developed an 8 cm fluid collection in the upper abdomen with high levels of amylase upon drain placement, indicative of a pancreatic duct leak. An ERCP was performed with demonstration of a leak in the pancreatic tail. A 5 French, 10 cm pancreatic stent was placed, with resolution of the leak.

Despite good stent position upon placement, on the follow-up ERCP 8 weeks later, the stent was found to have migrated upstream to the level of the pancreatic genu. Initial attempts to remove the stent by balloon traction, transpapillary forceps, and basket were all unsuccessful.

ERCP with Cholangioscopy revealed an inflammatory stricture obscuring the downstream end of the stent, and preventing efforts to grasp it with SpyBite™ Biopsy Forceps or SpyGlass™ Retrieval Basket (Figures 1,2). The stricture was treated with balloon dilation, though the 2 mm caliber of the duct would not allow for passage of any instruments alongside the stent.
The cholangioscope was used to directly visualize the end of the stent and pass a narrow-caliber wire, with the intent of using a 5 French screw catheter to engage the stent; however, the wire would not pass into the stent, which was partially occluded by debris. Two subsequent ERCP procedures over the next 3 months were met with similar difficulty, with the additional factor of the stent’s downstream end impacting in the duct of Santorini, hindering attempts to engage the stent with a wire. 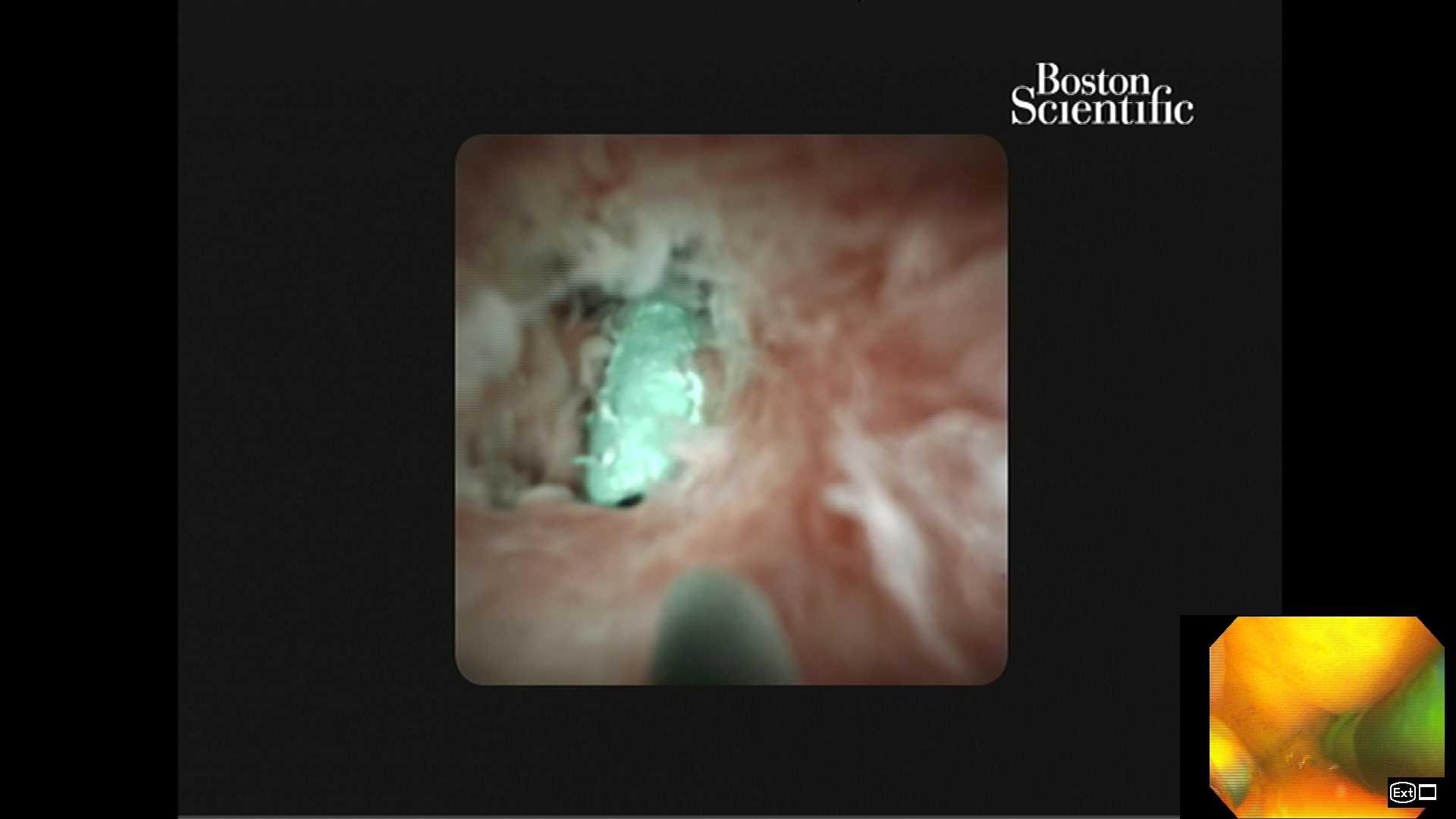 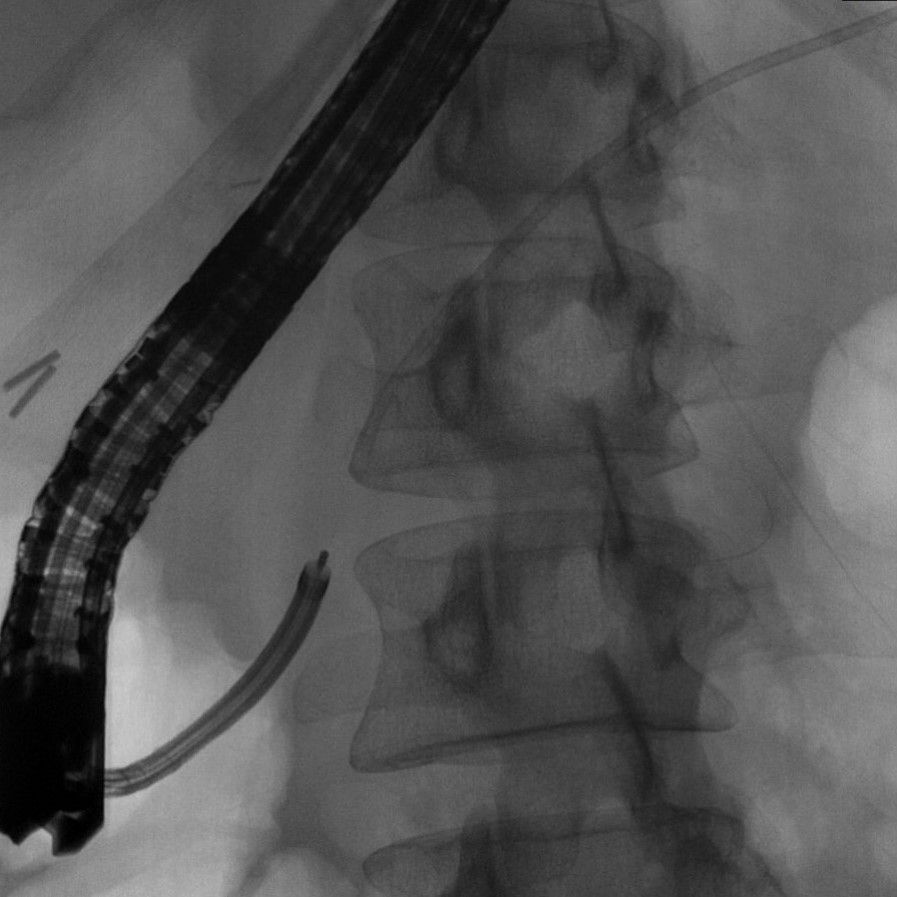 Get started
In an attempt to avoid surgery, another cholangioscopy was performed and the stent was directly visualized following balloon dilation of the stricture. Using the cholangioscope catheter to gently manipulate the stent, the distal opening was visualized and cannulated with an 0.025 inch stiff wire (Figure 3). 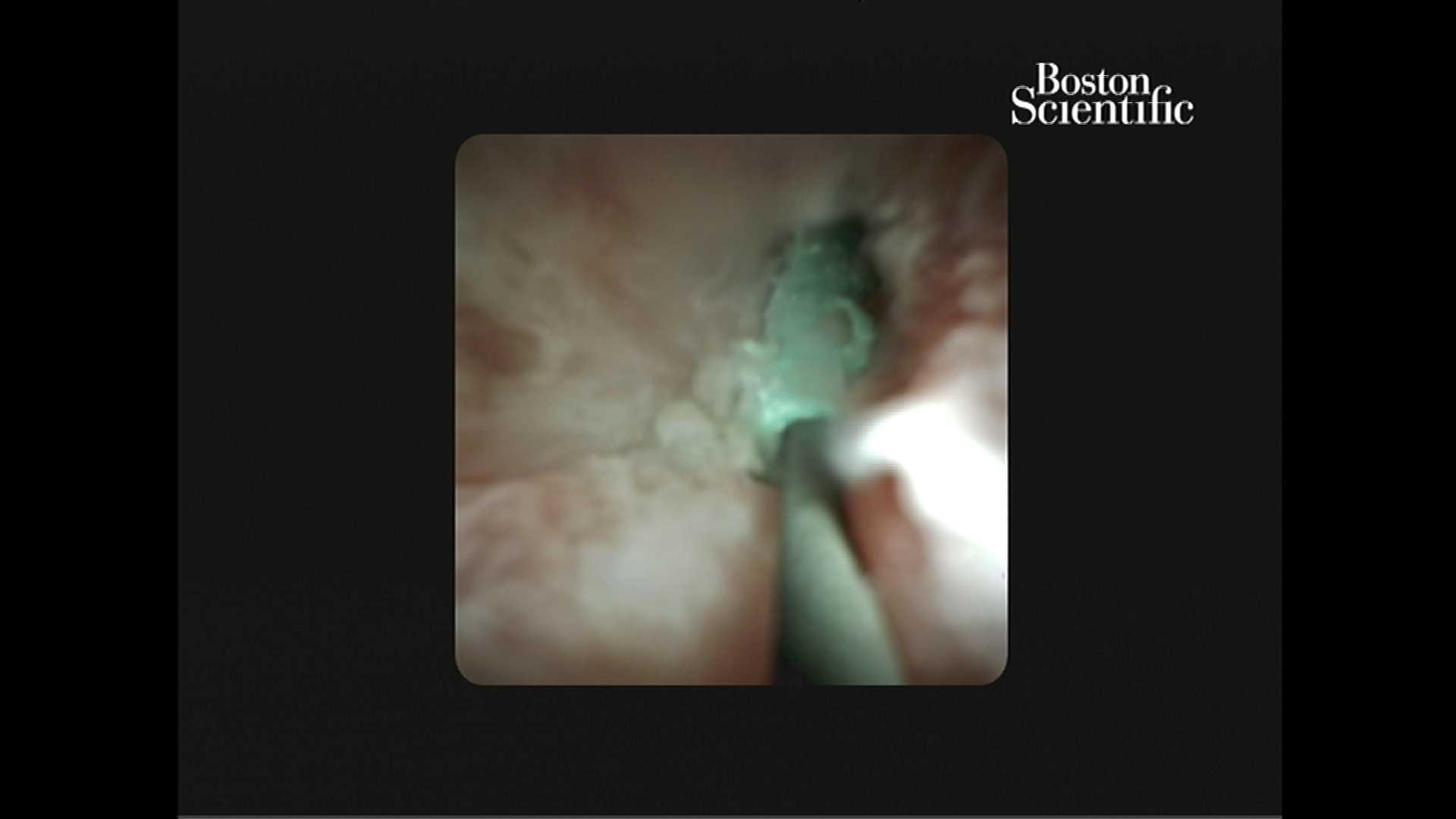 The SpyGlass™ DS Direct Visualization System proved critical in guiding the tools to manipulate and successfully retrieve a deeply migrated pancreatic duct stent. The additional use of an over-the-wire SpyGlass Retrieve Snare can allow for successful retrieval of a migrated stent in a small caliber duct.  The patient tolerated the procedure well and is grateful to avoid further surgery.