Choose Your Country or Region

Mahoney is one of the most inspiring leaders in the medical technology industry, having established a 24-year track record building market leading global businesses in medical devices, capital equipment, and healthcare IT service at best-in-class companies. 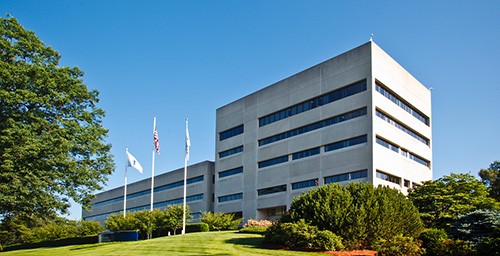 A steadfast focus on innovation, market expansion and organizational efficiency makes this a pivotal time in the evolution of Boston Scientific.

We are focused on products that fulfill unmet physician or patient needs, have growth potential supported by demographic or disease-prevalence trends, and align well with our technology strengths and markets we serve.

We continue to make significant investments in people, infrastructure, distribution, and clinical science in China and India with the goal of expanding our ability to interact with physicians in those countries who, like us, are working to address unmet clinical needs and improve the quality of patient care. 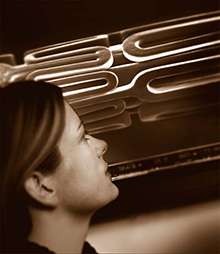 The 2004 launch of the TAXUS® Express2™ paclitaxel-eluting coronary stent system in the United States was one of the largest and most successful product launches in industry history. It demonstrated Boston Scientific's continued leadership in innovation, clinical science, sales, operations, supply chain, and launch planning. The launch highlights the company's ability to not only produce industry-leading products but also build on those products.

Numerous strategic alliances and acquisitions complemented Boston Scientific's organic growth. Among them, the 2004 acquisition of Advanced Bionics provided entry into Neuromodulation. The transformative acquisition of Guidant in 2006 - the largest in company history - solidified Boston Scientific as a global leader in cardiovascular medicine and one of the world's largest medical device companies.

Boston Scientific went public through an IPO on May 19, 1992. Also during this time, growing U.S. health care systems were putting pressure on the small company. Boston Scientific responded by embarking on a "strategic mass" strategy -seeking targeted leadership in its specialties and market size, through acquisitions and strategic alliances. 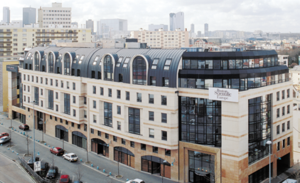 By 1997, Boston Scientific had acquired nine additional companies, posting $1.8 billion in revenue and 9,000 employees by the end of the year. The company asserted itself as a global force in coronary angioplasty and a leader in nonvascular therapy.

Acquisitions included SCIMED, which brought leadership in cardiology as well as international markets. Heart Technology, Inc., developer of the Rotoblader, a unique cardiology product that drilled into clogged arteries. Target Therapeutics was a pioneer in interventional neurology and neurosurgery. The acquisition of Schneider Worldwide in 1998 added important catheter and stent technologies to Boston Scientific's own work in the area.

The company also continued to strengthen its international presence during the decade. Developments included the construction of a new manufacturing facility in Galway, Ireland, and an increased global presence, including a concentration in emerging markets.

The decade's final year also saw one of the biggest management milestones in the company's history-Pete Nicholas's retirement as President and CEO (he remained Chairman of the Board) and the appointment of James Tobin as the next President and CEO.

In 1981, the company acquired Endo-Tech, its largest competitor in gastrointestinal and pulmonary endoscopic accessories. In 1988, Boston Scientific bought Van-Tech, which boosted the urology business with products like its pigtail ureteral stent.

Boston Scientific created the preeminent sales force in the industry, known as an "educational powerhouse."

In the early 1980s, Abele became a regular contributor to televised tutorials and in-person seminars on percutaneous transluminal angioplasty. His participation not only increased Boston Scientific's visibility. but also reaffirmed its traditional focus on education.

In 1985, Nicholas hired Jerry Lacey to advance Boston Scientific's international business, beginning with the creation of Boston Scientific International Corporation (BSIC). Over the next few years, BSIC founded subsidiaries in Germany, France and Japan, and built a key manufacturing facility in Jyllinge, Denmark.

The 1970s served as the foundation for many of the ideas and practices that eventually came to characterize Boston Scientific. 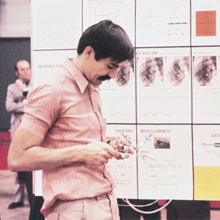 Andreas Gruentzig at a poster session of the American Heart Association holding a Medi-Tech steerable catheter, 1976

Medi-Tech introduced several new products in the early 1970s, each offering a unique contribution. The Zavala Lung Model, a life-size teaching tool for bronchoscopy and bronchial catheterization, was an early instance of physician education. The lung cytology brush, used to take lung tissue samples to detect cancer, was the first brush to eliminate contamination during the process, and became an industry standard.

In 1978 John Abele and Pete Nicholas were both looking for solutions. Abele wanted an investor for Medi-Tech, a company he joined in 1969 that was pioneering the field of interventional medicine, who would see his vision-to create new markets for less-invasive medicine and spread the word about Medi-Tech's products. Nicholas wanted to build an enterprise. The result was Boston Scientific, founded on June 29, 1979, as a holding company to purchase Medi-Tech.

Abele and Nicholas founded Boston Scientific with a clear purpose-to benefit public health by bringing more accessible, lower-cost and lower-trauma medical options to patients, and to become a leader in all aspects of the industry. And they created a culture in which employees shared and believed in that purpose. 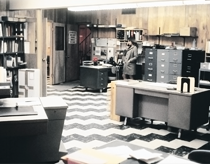 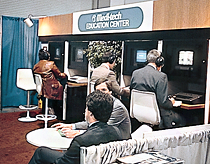 The founder of Medi-Tech, inventor Itzhak Bentov, in his lab, ca. 1970s

In 1978, Medi-Tech developed a peripheral angioplasty balloon using polyethylene. Within two years, Boston Scientific's peripheral polyethylene dilatation balloon was the industry standard. The company combined technology with physician input in developing its adult aortic valvuloplasty balloon, as well as the technique and patient selection criteria. Cited by the FDA as one of the nine most significant regulatory approvals of 1990, it was the company's first major cardiology product.

The company's hugely successful TAXUS® Express2™ paclitaxel-eluting coronary stent system-launched in the United States in 2004, highlights the company's ability to not only produce industry-leading products but also build on those products.

Polyethylene Balloons came in a variety of sizes that were customized for specific purposes, ca. 1980