Radiofrequency ablation for the treatment of biliary strictures due to cholangiocarcinoma through ERCP in a neoadjuvant approach. 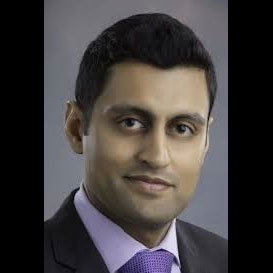 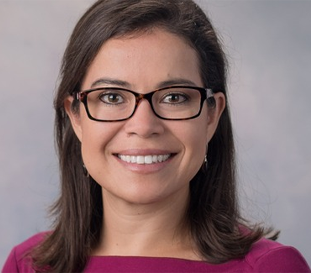 70 year old male previously diagnosed with cholangiocarcinoma stage IIIA (T2N0M0), with ERCP, cholangioscopy and CT scan, showing locally advanced disease with involvement of the common hepatic duct and the right main intrahepatic duct.    His case was discussed in a multidisciplinary tumor board meeting, and given his other medical comorbidities and the borderline involvement of the portal vein he was not considered a surgical candidate and it was recommended chemotherapy treatment, so he was treated with first line standard of care, with Gemcitabine and Cisplatin and Cisplatin, and then consolidated with radiofrequency ablation.    The patient received chemotherapy treatment, but developed side effects, including significant neuropathy, so treatment was consolidated with radiofrequency ablation.  The patient had a plastic stent placed initially, this was later on exchanged to a metal uncovered stent.

An ERCP was performed, occlusion cholangiogram showed a stricture due to cholangiocarcinoma (Figure 1) involving the common hepatic duct, and part of the right common intrahepatic duct.  Cholangioscopy was then performed, using the DS II system.  Images revealed a malignant stricture secondary to the tumor at the common hepatic duct, with extension into the right common intrahepatic duct, it also revealed stent tumor ingrowth (Fig 2).  The SpyGlass cholangioscope was then exchanged over a wire to the Habib RFA catheter, this was then advanced to the appropriate position, confirmed by fluoroscopy (Figure 3). The first ablation was done with effect 8 at 7 watts for 90 seconds since the area was intrahepatic.  After one-minute cool down period, the catheter was repositioned at the level of the common hepatic duct, in the extrahepatic area, and the second ablation was done with effect 8 at 10 Watts for 90 seconds, after a one-minute cool down, we repeated the cholangioscopy to evaluate the post ablated are, which showed a charred appearance of the biliary mucosa, additionally it showed black specks which correlate to ablated blood vessels. These findings confirmed that the area was adequately ablated (Fig 4). A plastic stent was then placed after ablation. 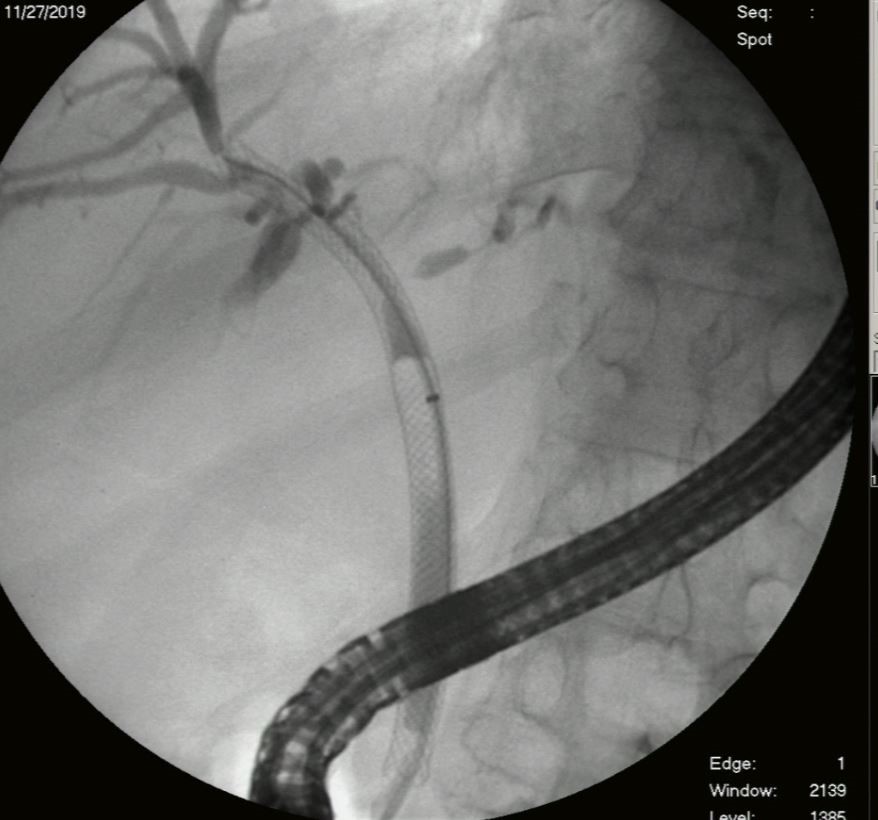 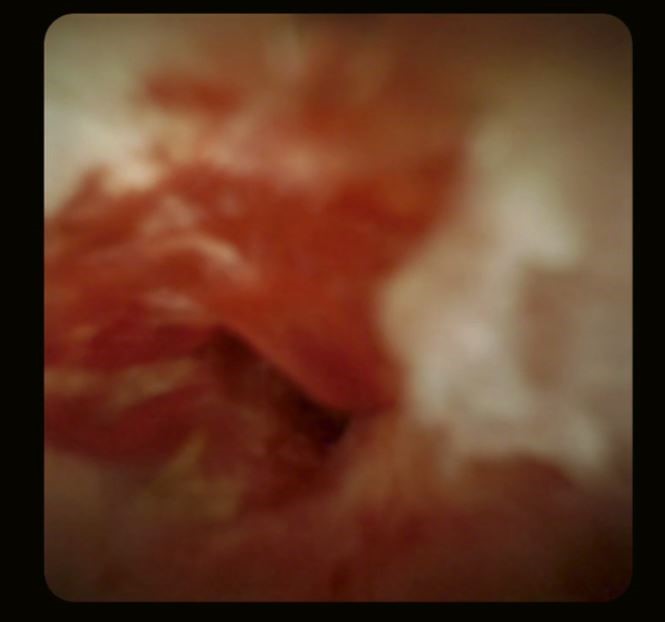 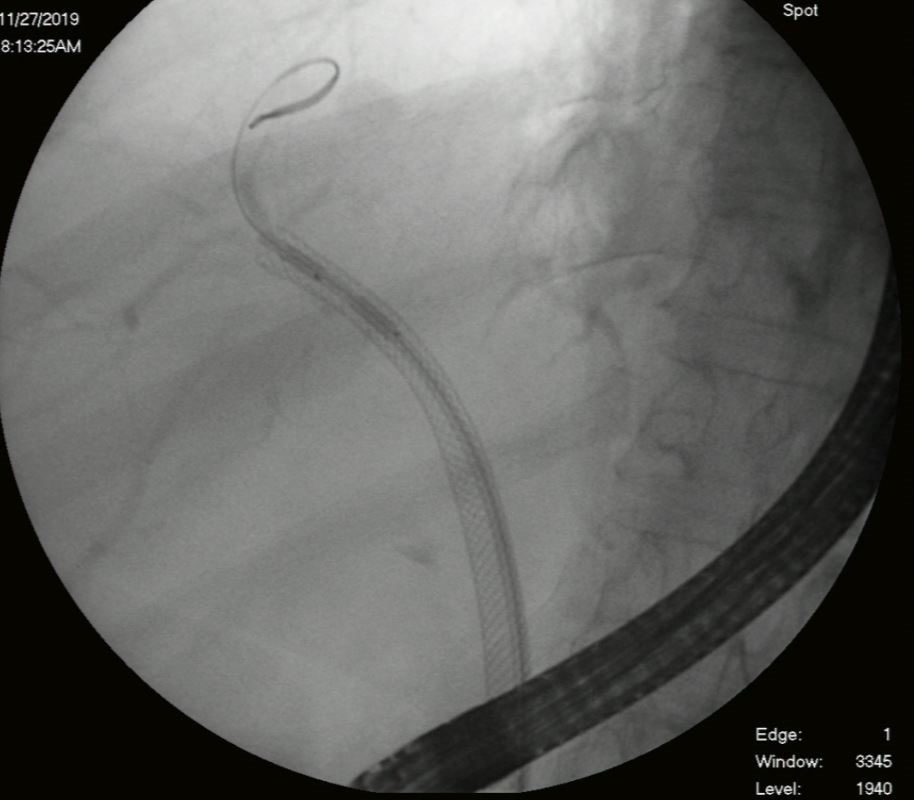 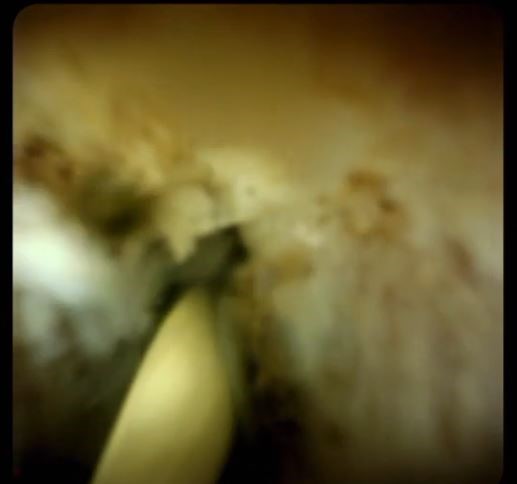 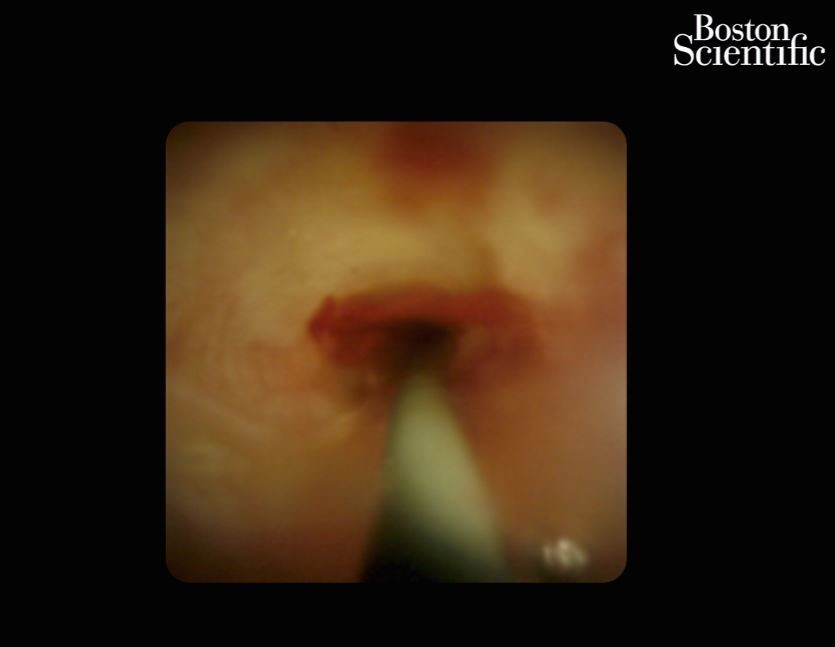 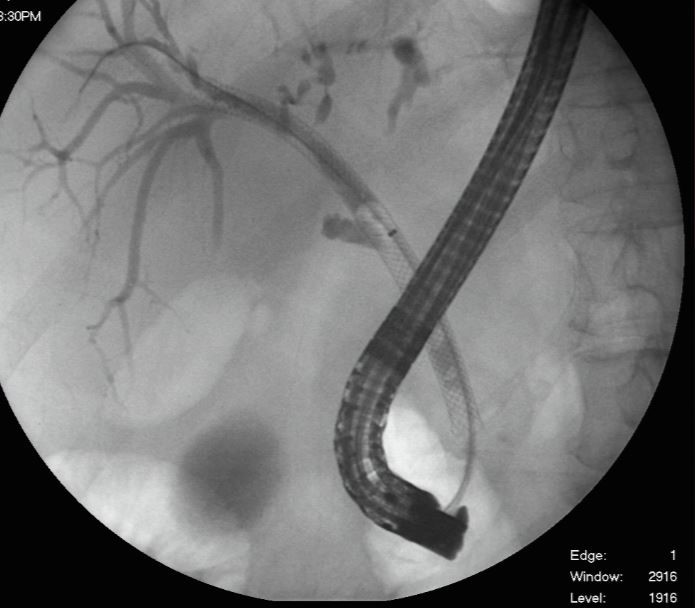 Use of Radiofrequency Ablation with the Habib EndoHPB Catheter in conjunction with SpyGlass Cholangiography and plastic stent placement restored and maintained biliary patency in this patient.

Use of radiofrequency ablation with the Habib catheter in conjunction with SpyGlass cholangioscopy, is a safe procedure in patients with cholangiocarcinoma. This procedure is known to significantly prolong survival and the stent patency period without increasing the incidence of adverse events in patients this type of malignancy.