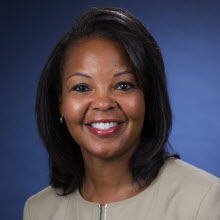 Desiree Ralls-Morrison is Senior Vice President, General Counsel and Corporate Secretary for Boston Scientific, a position she has held since November 2017. In this role, she is responsible for providing global legal leadership across all of the businesses, regions and functions, and overseeing the company’s global compliance function. She also advises both the Board of Directors and CEO.

Before joining Boston Scientific, Desiree was Senior Vice President, General Counsel and Corporate Secretary, and head of the global litigation, government affairs and public policy organizations, for Boehringer Ingelheim USA, Inc. Prior to that, she spent nine years at Johnson & Johnson, most recently as General Counsel for the consumer group, and previously progressed through roles of increasing responsibility, including Senior Counsel, Assistant General Counsel, and Vice President of law for the women’s health, nutritionals and over the counter businesses. Earlier in her career, Desiree was a senior attorney and assistant counsel at Merck & Co, Inc., focusing largely on regulatory and product liability matters, and prior to that, she held litigation roles at the law firms of Kelley Drye & Warren LLP and Shipman & Goodwin LLP.

In September of 2020, Desiree was appointed to the Board of Directors for DICK’S Sporting Goods, Inc. Since October of 2018, she has served on the Board of Directors for The Partnership, Inc., whose mission is to ensure the economic competitiveness of the Boston area by attracting, retaining and convening professionals of color. Desiree is also a Founding Member of The New Commonwealth Racial Equity and Social Justice Fund in Massachusetts. She previously served on the Danbury Hospital/New Milford Hospital Board of Directors, The Inner-City Foundation for Charity and Education and the Lawyer's Collaborative for Diversity. In 2019, Desiree was named one of the most powerful women in corporate America by Black Enterprise Magazine and in 2020, she was named as one on the top innovative General Counsels around the world by the Financial Times.

Desiree earned her Bachelor of Arts in economics and political science from Wesleyan University and her juris doctor from Harvard Law School.