“Despite my disease, I want to set things in motion, starting with myself!” 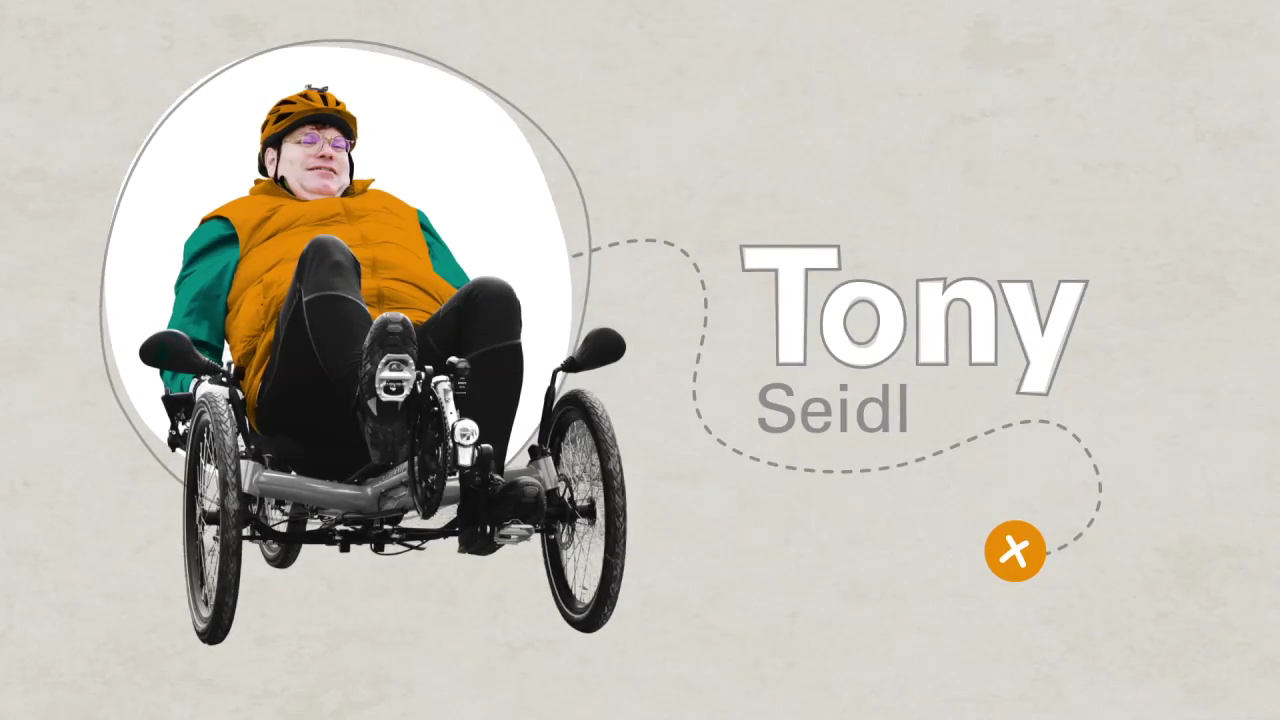 Tony Seidl: A man. A bike. A promise

On average about 48 kilometers – that is the distance that Tony Seidl will cycle every day during his eleven day tour from Altoetting, Germany to Padua, Italy. For most people this would already be a challenge but the 49-year old patient from Altoetting, Upper Bavaria will start this tour despite having Parkinson’s disease (PD).

His motivation: Exchanging experiences with other patients
Why is Tony going on his tour? Because of a promise he made to himself: If his Deep Brain Stimulation (DBS) surgery went well, Tony swore that he would visit the grave of his namesake Saint Anthony of Padua by bike so he can meet other patients along the way. “When I recall the time prior to my surgery, I really missed learning from other patients who had already undergone DBS and could have shared their experience with me. Unfortunately, networking among DBS patients is still at an early stage.”

Tony would like to change that, not least with the support of the European Parkinson’s Disease Association (EPDA) and his participation in their Parkinson’s 100 Challenge, a fundraising initiative aimed at improving the lives of people with Parkinson’s. During his tour Tony is going to meet with people with Parkinson’s and their associations and exchange personal experiences and challenges with regard to the disease and its therapy.

Just in time for his 50th birthday on May 7, 2016 and exactly two years after the life changing surgery, Tony will kick off his tour in Altoetting. With his recumbent bike which allows him to maintain better balance, he will cycle to Salzburg and along the Alpe-Adria cycle path via Udine and Mestre to Padua. Meetings with local organizations of people with Parkinson’s and physicians are planned for Salzburg, Udine, Mestre and Padua.

Red hair as sign for courage
Since the beginning of this year, Tony regularly trains for his big tour. “Since the surgery I am in much better shape and I am also emotionally stronger in order to reach my big goal.” As a sign of his new courage to face life Tony has dyed his hair red. “The red rose stands for love and the red tulip is also a sign of the Parkinson’s disease movement. Every smile that I receive for my red hair gives me strength and I need friendly faces in my daily life”, Tony says.

“Tony is such an inspiration to all of us, and his story is the reason why we work in Deep Brain Stimulation”, says Vincent Sourdaine, Director Neuromodulation Europe at Boston Scientific. “What sounds like a fairytale – from being in a wheelchair to cycling over the Alps – has actually become a reality for Tony. Our teams couldn’t be happier and more motivated to carry on inventing, innovating and shaping the future of what is possible with DBS.” Lizzie Graham, Executive Director at EPDA, adds: “Tony’s bravery and his determination encourage all people with Parkinson’s to overcome the challenges they face every day. We are delighted to have him involved in our Parkinson’s 100 Challenge.”

Support Tony in his fight against Parkinson’s!
If you would like to get in touch with Tony, report on his story or support his tour, please do not hesitate to get in touch with us. You can follow the tour on Twitter and get further information and image material in the Boston Scientific Newsroom. Regular updates on Tony’s tour will also be available under EPDA’s Parkinson’s 100 Challenge.
About Parkinson’s disease
Parkinson’s disease (PD) is a progressive neurodegenerative disorder. In Europe, more than 1.2 million people are living with PD1. The disease is the result of a deficiency in the nerve cells that produce the neurotransmitter dopamine. Dopamine is responsible for the transmission of important signals in the brain. If there is a dopamine deficiency, typical symptoms of PD can occur, such as resting tremor, muscular rigidity, freezing of gait, postural instability and poor coordination of general movements.
About the European Parkinson’s Disease Association (EPDA)
The European Parkinson’s Disease Association (EPDA) brings together the leading specialists, researchers, medical teams, patient organizations, industry and people with Parkinson's and their families from nearly 30 countries to share expertise, knowledge, information and experiences. The EPDA aims to unite the 1.2 million people living with Parkinson’s and their families in Europe with one vision - to enable people with the condition to lead full lives by receiving the right treatment, for the right person at the right time.
About Deep Brain Stimulation
Deep Brain Stimulation (DBS) therapy uses a stimulator that is implanted into the patient’s chest. The stimulator sends mild electrical impulses to specific areas of the brain via thin wires called leads. This stimulation may help improve day-to-day experiences for people living with movement disorders such as Parkinson’s disease, dystonia, or essential tremor. Learn more on how DBS works in this animated video.